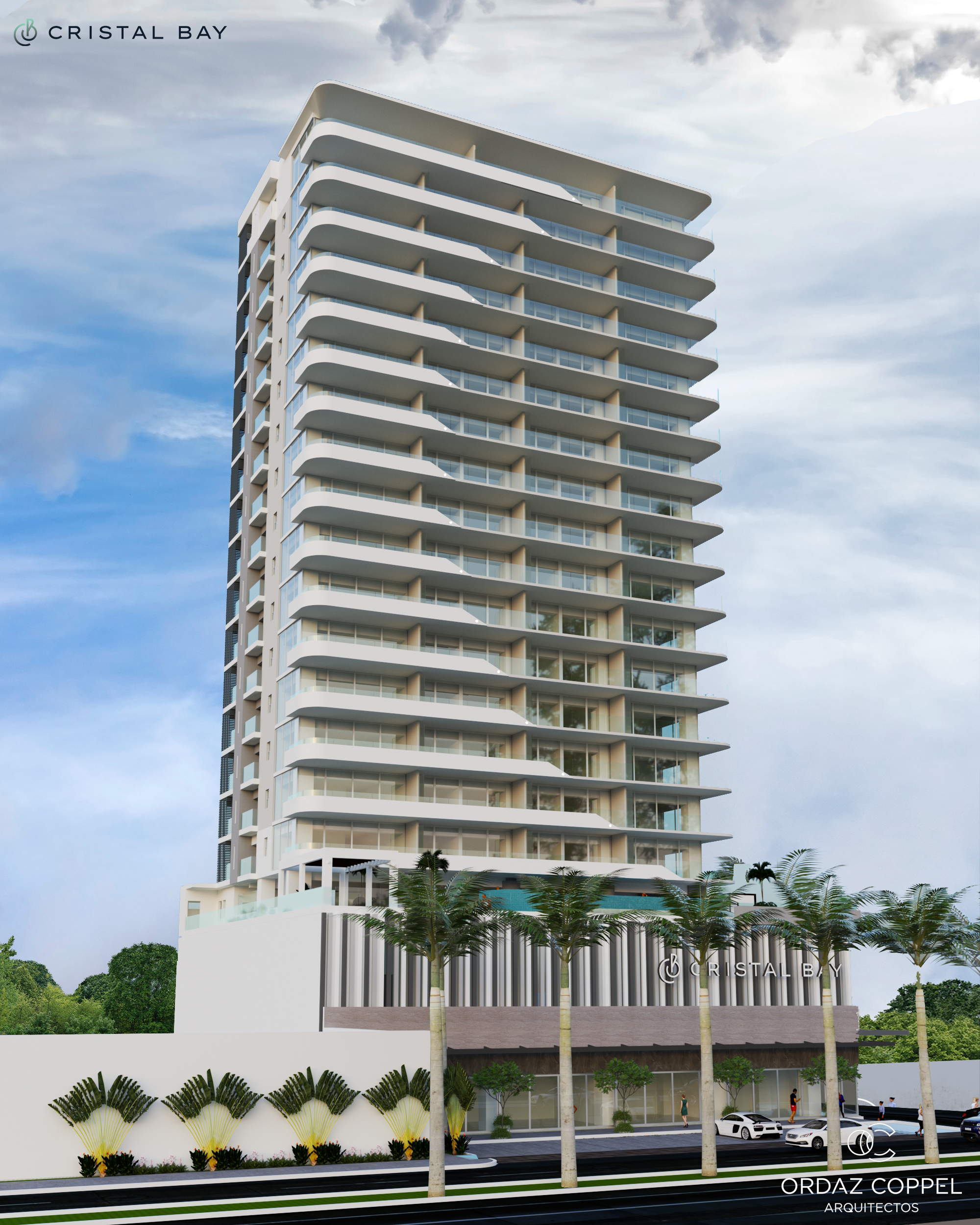 Cristal Bay, sample of the wit and the interdisciplinary work of ALBA Proyecto Estructural

«In order to reach the best structural solution for Cristal Bay, we had to change the initial conditions of the project to make it architecturally and structurally functional», said the BS Rodrigo Rauda Gaona, leader of the project’s structural engineering in ALBA.

GUADALAJARA (Oct/16/19).- Cristal Bay is a development of RIVEGA Inmobiliaria, with architecture by Ordaz Coppel Arquitectos, in the city of Mazatlán, Sinaloa. It is a 16,770m2 tower of 20 stories and a basement level, with a total height of 64.79m.

The housing area is located from the 5th up to the 20th floor. The basement level and the first three stories function as a parking lot. We can find the amenities of the tower on 4th floor: event room, living area, gym, playground, covered terrace, barbecue area, pool, wading pool and jacuzzi.

ALBA’s team received the Crystal Bay information in April of the current year and after a lot of hard work, we had the satisfaction of delivering the structural project a few days ago. The structural system used is a combination of concrete frames and walls.

RIVEGA requested to implement flat slabs at the housing levels to maximize their free height. 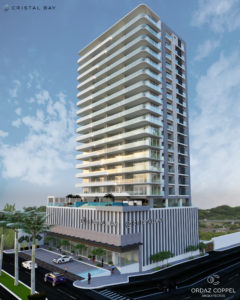 “In the original architecture, the only walls considered were the ones of the elevator and stairwell cube, at the upper end of the floor plans. As they were not centered, an eccentricity was generated that caused the building to twist, so beams with major height were required to being able to control it, contrary to the client’s request“, Rodrigo added.

It was then when we decided to propose a different structural solution, with a concrete core just at the center of the plant. Based on the proposal, Ordaz Coppel Arquitectos made a new architectural arrangement that allowed the core to be located at the center without affecting the housing areas.

That was how we were able to develop a custom made structure,  as a result of the characteristic ingenuity of ALBA: 2.85m free height at the housing stories, while all the intermediate beams drowned in the slab.

Cristal Bay is another example that the structure and architecture of a project can, and should, work together to meet the needs of the client and the final users.

All about injectable and oral steroids